Lorna Byrne: ‘To me, seeing angels is natural’ 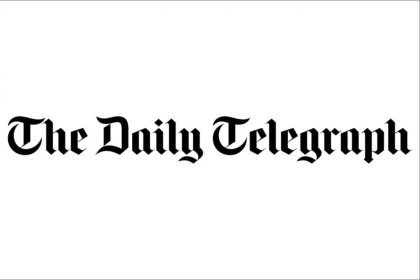 Lorna Byrne’s memoir has been bought for a six-figure sum by the publishers of The Da Vinci Code, but she doesn’t see her powers as unusual, says Peter Stanford

“I don’t always see the angels’ wings,” admits Lorna Byrne, “but when I do, they are beautiful beyond words. The other day I was with someone and, as she walked into the room, her guardian angel opened up for me and I saw its golden wings in such detail. I could see the feathers individually.”

We are sitting in a central London café. To me, a mere mortal, there is nothing out of the ordinary to detain the eye – groups of people at tables, sipping drinks and chatting. But for the 54-year-old Byrne, as her eyes flit around over my shoulder, there is a whole other dimension.

For as long as she can remember, she has been able to see angels – as she describes in Angels in My Hair, a memoir that has become a runaway bestseller in her native Ireland and has just been signed up for a six-figure sum by the American publishers of The Da Vinci Code.

“I’m seeing spirals of light behind people,” she reports. “Those are the people’s guardian angels. We’ve all got one. They are usually about three paces behind us.”

“And then I’m also seeing the other angels, too, the ones that I call the helpers and teachers. They are white and beautiful. All angels have a human appearance, but that’s just for us, so we are not terrified.”

It all sounds slightly bonkers – as if she is describing a long-forgotten Old Master, or a scene from Wim Wenders’s 1987 flight of fancy, Wings of Desire, in which gentle, trenchcoated angels minister to battle-scarred Berliners.

But Byrne is no painter or arthouse filmmaker: she’s a mother of four from Maynooth in Co Kildare.

“I know what I’m seeing, whatever anyone thinks of it,” she says, as doubt crosses my face.

Byrne’s red, shoulder-length hair is cut neatly, and she is conventionally dressed in a lime-green cardigan and navy skirt. She would be easily overlooked in a crowd, especially as she is so small and apparently fragile.

But as soon as she starts talking, there is something beguilingly otherworldly about her, rather as I imagine one of the medieval mystics now so beloved of mainstream Christianity might have appeared.

She admits, in a soft, slow voice that you have to lean in to hear, that she has been rather taken aback by the controversy and attention her book has generated.

“To me, seeing angels is quite natural. It’s been happening for so long. I’m only discovering now, when people like you ask me questions about it, that others don’t find it natural.”

Byrne is not alone in believing in angels: three quarters of Americans and more than a third of Britons are also convinced that such heavenly helpers exist. But claiming to be able to see them is something else entirely. There are, I calculate, several possible explanations. She could be a charlatan, out to make a quick buck. She could be mad. Or she could be telling the truth.

The first option is the easiest to tackle. Her website contains the predictable testimonials from Irish celebrities.

More substantial, though, are those from the less celebrated – such as this, from a Dublin therapist: “One patient, a girl from Sarajevo, had suffered major damage after a grenade had been thrown into her home. Her body was literally peppered with shrapnel, particularly the spinal area.

Lorna, without the use of X-ray, was not only able to point out where all the shrapnel pieces were, but to indicate what the effect of each piece was on the girl’s body.”

How did she know? “The angels told me,” Byrne explains. Why did they tell you? “I haven’t the faintest idea,” she replies simply, rather as a child would. “They don’t always tell me why.”

So it is not just that Byrne sees angels – and has done since she was growing up in a rundown cottage next to her father’s bicycle repair shop in Dublin in the 1960s. She can also communicate with them. I suggest that rather than being heavenly beings, they might be a kind of outward manifestation of an inner voice.

“People have called me all sorts of things in the past,” she responds, unaffronted by the suggestion.

“I don’t like ‘psychic’. I’m not a psychic. Sometimes other people have said, ‘Where’s the healer?’ when they have come to find me, but I don’t heal. That’s not me. That’s God. The angels carry the message, helping me to intercede with God.”

So can she talk directly to God, too? I lower my voice instinctively as I ask the question. “I know it sounds strange,” she laughs. I wait. Finally, she answers: “I do, yes.”

If Byrne were indeed a charlatan, she could have been putting her gifts to good use for years to feather her own nest – “make a load of money”, as she puts it.

Instead, she stayed in her poor childhood home, attending a school where she was always treated as “retarded” – “I’m dys… what’s the word, I still can’t say it, you know – not good with words.”

Then there was a loving, but cash-strapped, marriage to Joe, and four children, along with a variety of menial jobs to make ends meet.

Joe died young, as the angels had always told her he would. She recalls nursing him on his deathbed. Did that make her angry with God?

“No, I was allowed to see his soul [after he died] on one occasion. It was beautiful.” She believes her romance was predestined.

“From the moment Angel Elijah showed me a vision of Joe, I was always in love with him. I was only maybe nine or 10 at the time, but the connection was made.”

Byrne reveals quite how otherworldly she is when, in the course of talking about evil spirits (she says she has confronted the fallen angel, Satan, on at least one occasion), I mention Robert Mugabe as a potential candidate for demonic possession.

“Who’s he?” she asks. As I explain, she is constantly looking away. From her perspective, there is clearly so much else going on in the room that the details of Zimbabwe’s crisis don’t hold her attention.

“I live in a parallel world,” she explains, “between spirit world and human world. Angels, you see, are not souls of people who have died, as is sometimes said. They are creatures, another being, a spiritual being. So if you ask me the question of which world I’d find it easier to live in, I’d have to say the spirit world.”

Her sincerity is unmistakeable, but it still leaves open the possibility that her visions are a form of mental illness. She has obviously heard the accusation often enough. “If I had told people what I was seeing when I was a child,” she says, “I would have been locked away.”

Throughout history, there has been a thin – some would say invisible – line between strong religious attachment and apparent insanity. Byrne remains, she says, a regular at Mass, and feels that too many people today are shy about admitting their faith.

“They are frightened to acknowledge that part of themselves that has anything to do with God, because they don’t want to be thought of as mad, too.”

So we come to the final option – the baffling idea that Byrne is telling the truth. Or, to be more precise, her truth. The churches, it seems, have so far been wary of endorsing her claims.

“The religions are putting angels out of the equation as much as possible, in order to have control over human beings,” she explains. “And I mean all religions, all churches. I can see angels in churches, in synagogues and mosques. They are everywhere.”

We’ve come back full circle. Is there any form of proof, other than her word, that she can offer for her claims?

“The response from the website. My book has given people back hope and belief in life itself, and that for me is wonderful. There are people who tell me they haven’t prayed for years, since they left school, but now… It’s the hope the world is crying out for.”

Reflect and Appreciate (Webinar in association with MindBodySpirit)