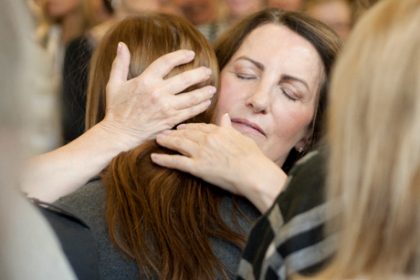 Life can be very tough at times for all of us. But don’t ever think that God or the angels have deserted you. They are beside you all of the time.

God has given us all free will and the angels cannot overstep this boundary. Have no doubt that even when someone is carrying out a terrible atrocity, the angels are doing everything possible to stop them doing it.

After something terrible has happened to someone – a car crash, a boating accident, getting lost in the mountains, they will say that it was a miracle that they survived. In reality, they will often have survived because the angels gave them that extra bit of strength to run faster or to lift something heavy. The angels might have given them the extra body heat they needed or made sure that a person came by at just the right time, or whatever else was needed.

Sometimes, a child is only intended to live a short time and the purpose of that child’s life may be to help everyone who comes into contact with them become more spiritual and more aware of God and the angels. This is a miracle in itself but it’s very hard for us to understand.

Much as I don’t like to say it Satan and evil do exist, and sometimes people listen to Satan rather than God’s angels. I always say that no angel will ever ask you to do anything wrong.

I remember on one particular radio interview with South Africa, – a woman called in and spoke about her two sons who went out one morning and never came home.

“Where was God then for my children?”

Her two young adult sons were killed in violence in South Africa.

It brought back memories for me of my own country, Ireland, and the problems we had in Northern Ireland. There were many times there that a father, son, mother or daughter would not come home – a bomb went off, or maybe they got caught in crossfire and were killed.

My heart went out to that lady. I know God and the angels were there and I know they took the souls of her sons straight to heaven.  I know the Angel of Death was there, trying to get people in South Africa – and elsewhere – to listen, to realise that there is no need for violence. We really need to listen more!

We have to try and not look for revenge when someone hurts us or our families. We need instead to find a peaceful solution. Otherwise we will all go around in circles.