There is so much help there – Angels Wisdom 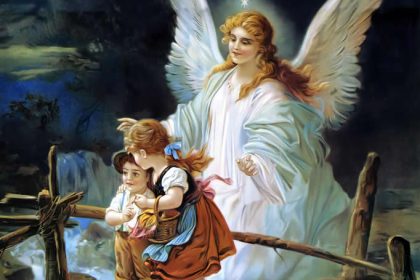 There are lots of angels other than guardian angels – angels that come and go and that our guardian angel lets in to help us. One type of angels is what I call the unemployed angels. These angels are white and I see thousands of them. They have no work, because ordinary people who are working hard to get through their lives, are not aware of that these angels are there to help them.

About 10 years ago, the angels made me aware of just how many of them were unemployed (that was the term they used so I would understand), and all of a sudden I was shown that there were angels everywhere, it was as if they were pouring out of the heavens down through the sky. It was as if they were being poured out by the bucketful, constantly over flowing. I know God had released all of these angels because he knew we needed their help.

To see the angels trying to attract the attention of us human beings can sometimes be hilarious. At times I have seen them pull out of someone’s coat, or make them drop something. How many times have we heard people say “I keep dropping things”, or “I keep losing things”, little do they know it’s the angels doing that to try to get their attention, yet they don’t notice.

The unemployed angels are always showing me they are doing their utmost to get our attention, and it just seems so sad we have so much spiritual help  out there waiting to help us and we don’t ask.

Angels are in a sense walking around saying “Listen – I’m here”, but many of us are not listening, we don’t want to listen, we want to believe that we can do everything ourselves, humanly. We have forgotten we have a soul. We may believe that we are only flesh and blood, that we are nothing more, that there is nothing more – no afterlife, no God, no angels. With this thinking, it’s no wonder that we have become very materialistic and self obsessed.

The angels are here to help us to remember that we have a soul – that we are more than flesh and blood.

On a winter’s day recently, I went to collect my daughter Megan from school. After collecting her, we went to the supermarket.  There was a lot of traffic, so we weren’t going anywhere fast. Megan sat in the back seat, listening to music, while I watched the people struggling with the howling wind and lashing rain.

I saw two young teenage girls coming from school, on the far side of the road, walking towards us. They had no coats on and were sauntering along, chatting, as if the sun was shining.  I said to my angels, communicating as I often do without words “I don’t know how those girls can feel warm on a day like this. They don’t even look wet despite the pouring rain.”

I had no sooner spoken than two angels looking like young teenagers themselves, appeared behind the girls – almost on top of them. The angel’s wings went up and around the girls trying to keep the rain and the wind and cold away from them. I could see the raindrops dripping from the feathers on the angel’s wings. The angels looked so wet, as if buckets of water had been throw over them. The angels were trying to brush the rain away, I even saw them blowing the girl’s hair –  I guess to dry it. It was just so funny watching the angels moving along at the same pace as the girls and shielding them. The girls, of course, were completely oblivious to the angels.

Angels are there helping us all the time and so often we are like those teenagers, completely oblivious to the help. Remember, all you have to do is ask and the angels will help. You may not notice their help but I assure you they are helping – even if it’s a way you don’t expect.