An Open Letter to American Muslims 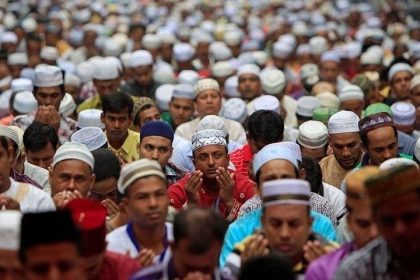 I know you are as devastated as I am about the cold heartedness of the world in the face of the slaughter and destruction of lives in Syria, Iraq and surrounding countries.

The world should have acted sooner. We, people of all religions and all nationalities, have failed the people of this region, and because we didn’t act, we have a much more intractable situation now.

To add insult to injury you have seen Islam hijacked to justify cold blooded slaughter. ISIS, of course, does not represent Islam any more than the IRA terrorists represented Catholicism here in my native Ireland.

I know it’s hard to see the way forward, hard to see the hope, but throwing our hands up and despairing is not an option.  We cannot give up! The stakes are too high; we cannot turn our back on the millions of innocent children whose lives have been destroyed, and if we don’t stand up and help them they will grow up with so much hate in their hearts.

I am being told that you, as American Muslims, have a crucial role to play in bringing peace to the region – and it’s a role that no-one else can play.

Why do I say this?

The first reason is because you are Americans. You, or your forefathers came to America, a country that, I am told is meant to play a huge role in the evolution of mankind; from America will come the impetus that will create world peace.  This does not mean America doing everything alone; rather it means America leading the countries and people of the world to come up with new ways of solving problems, with new ways of acting, where the good of humanity takes precedence over  issues of politics, money and power. I am told that not only is this new ways of creating peace in the world possible – but that it is the only way we will avoid the problems of the Middle East and North Africa exploding and engulfing all of our countries, destroying our lives wherever we live, whatever our religion,  and those of our children and future generations.

The second reason is because you, by virtue of your religious and ethnic heritage, coupled with your identification as Americans, have a unique perspective; a perspective that you are not, yet, sharing sufficiently with American foreign policy makers. The leadership of America needs to lead but American Muslims have a particular role in helping US foreign policy makers avoid some of the mistakes they have made previously; Mistakes that have contributed to the terrible situation in the region now.

I am being told that if a group of you drawn from both the Sunni and Shia traditions of Islam come together (even in a small group)  to discuss solutions to the problems of the region, you will come up with ideas that will lead to breakthroughs in American foreign policy thinking.  The ideas you come up with may not initially be fully formed, but though the unique insights that you bring to discussions with American foreign policy makers these ideas will be built upon and viable solutions will emerge.

I have discussed this with influential American Muslims. The answer they have given me is “Who would listen to us?” I then met a number of American policy leaders to discuss opening doors and was met with the question “What are these insights?”

As this chicken and egg debate goes on children suffer and die. I am appealing for you to act, to start discussing solutions to the problems in this region – to start seeing how you can bring your unique wisdom and perspective to bear on American foreign policy makers.

I am told that when you – even a small group of you – get together to generate insights, not only will you be listened to, but that you will make a significant contribution to building and maintaining peace in the world.

I pray constantly that American Muslims will rise to this challenge and act.

Blessings to you all