We are called on to help the angels 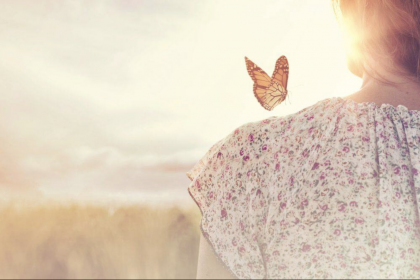 Angels sometimes ask us to help them.

Suddenly you feel you should ring someone or walking through the park you suddenly feel you should smile at a stranger or engage them in conversation. It may seem a small or a rather silly thing to us but it may be that, for this person, it is a sign of hope, a message from their angel. As trivial as it may seem to you, it may be very important to them.

Children, of course, are naturals at this. Angels communicate much more easily with children and a child will have no hesitation in going up to a complete stranger and saying something, or picking a flower and giving it to them.

As adults, we have to be aware that when a thought comes into our head to do something for someone, even a stranger, we need to just go and do it. We are the angels’ messengers and at times it can be hard for the angels to deliver messages or give signs, as so often we are reluctant to pass them on.

Remember strangers give you messages from your angels too. Sometimes, someone – it could be a shop assistant, a bus driver, a neighbour’s child – says something to you, and you react deeply. It might feel like a sign of encouragement or hope, or like something that someone you love, who is not around, would have said. Listen. Don’t doubt your feelings. Don’t dismiss these precious moments and fail to acknowledge them.

Recently, we were in the very, busy parking area of a shopping centre – my daughter Ruth was driving. As we drove in, the angels whispered in my ear and told me to look into the car park.  I saw an elderly lady who looked very stressed. Her car was jammed in a corner, with a big truck parked beside her and another car parked very closely behind her. I watched as she got in and out of the car. She walked around her car looking extremely distressed; she clearly had no idea how she was going to get it out without damaging something.  She was looking around to see if there was anyone who would help her.

The light of her guardian angel opened up, and spoke to me without words saying “Lorna help her. No one is listening.”  I noticed lots of angels in the car park whispering in people’s ears, I know they noticed her but none of them were prepared to listen to their angel and go and help her.

I turned to Ruth and told her that I was going to help the woman. I got out and walked over to the elderly lady.

I asked could I help. She was a little hesitant at first.  Her guardian angel wrapped himself around her and she started to thaw and relax. She handed me the keys. Her car was very old and she told me it was difficult to get it into reverse. I told her not to worry I would manage.

I sounded confident but I was worried. The car was stuck in a very tight space and I’m not the greatest parker at the best of times.

As I got into the car there was an angel sitting in the passenger seat beside me.  I spoke to the angel without words saying, I’m definitely going to need help doing this, there is hardly any room to move the car.

The angel told me to look in the mirror. I did.  There were lots of angels surrounding the car. “Just move inch by inch” the angel told me.  I did as the angel said, and with the elderly lady standing behind the car guiding me, I reversed out of the tight space.  The angel sitting in the passenger seat, told me to tell the elderly lady to move to one side as she was in the way. I did and I continued until I had the car out in the open space where the woman could drive away without any problem.

As I opened the car door to get out I saw that there were various people including my daughter and an abundance of angels watching my manoeuvre. The elderly lady gave me a big hug as she thanked me. She told me she would pray for me and I told her I would pray for her as well. Her guardian angel gave me a big smile of gratitude.

I’m still shocked, and rather taken aback that none of the people who saw her distress had offered to help. The angels had told me that they did notice she needed help and that they had seen her distress.

We shouldn’t hesitate to offer help to someone regardless of their age, or sex.  Remember, you don’t know how they are physically – they may look healthy and strong but they may not be. They may look capable but perhaps something is going on in her life emotionally that is making it difficult for them to cope that day.

We all need to be more pro-active in offering to help others, showing that we care and having compassion for each other.