The Town Where Sanctuary Resides… 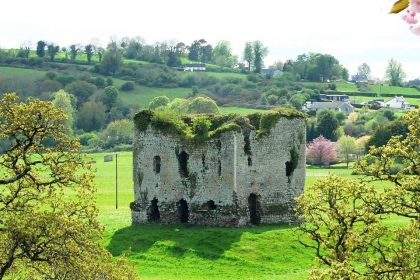 Thomastown, located near the Sanctuary, was founded in the 13th century by Thomas FitzAnthony, replacing the earlier Irish settlement of Grennan. A quaint market town with narrow, twisting streets through which the abundant River Nore winds, Thomastown is home to several significant historic sites dating back to the middle ages, such as Grennan castle, which sits sturdy, ivyed and proud, bearing the marks of time and a short-lived siege led by British military commander Oliver Cromwell in 1640.

Other popular tourist attractions near Thomastown are the impressive, fortress like remains of the Augustinian Kells Priory, established in 1193, turrets tall and formidable. Constructed in 1180, Jerpoint Abbey hosts gothic archways and intricately carved stonework. In adjacent Jerpoint Park, Saint Nicholas is supposedly buried, brought from Turkey to Ireland during the crusades.